Before buying a phone, you certainly think, what Brand is the best phone? What a good phone? Has a durable battery? And so forth.

Because the phone is a product that is used for the long term, then it is not surprising before buying the phone you ask the brand phone what are the best 2022.

Firstly, the Samsung Galaxy S20 Ultra has an edge on all sides, both in terms of performance, the view to its sophisticated camera quality all it has.

Four cameras with a 108MP main lens resolution, 48MP telephoto Periscope lens, 12MP ultrawide lenses. The camera has a zoom capability of up to 100 times the magnification named Super Resolution Zoom, 100x is capable of recording video up to 8K quality.


One of the best phones ever released by Oppo is Oppo Find X2 Pro with the first 5G device.

Beyond its status as a 5G mobile, the Oppo Find X2 Pro features a classy design, Body IP68 and Gorilla Glass 6 on the screen.

The rear camera consists of a 13MP periscope with 10x hybrid Xoom and a digital zoom of 60x. Follow the 48 MP ultra-wide camera powered by Sony's new sensor, the IMX689, and the 48 MP wide angle main cameras. For the front camera Oppo Find X2 Pro has a resolution of 32 MP.

It was officially introduced by Google on the Google I/O title of its latest mobile phone namely Pixel A3 and A3 XL. Both of these best phones have similar specs. Both are equipped with a Snapdragon 670 chipset with 4 GB of RAM and 64 GB of storage.

The main camera is both equipped with Electronic Image Stabilization so that the image is more stable when taken in a moving state. Single camera in front of and back resolution 12MP F/1.8 (front) and 8MP F/2.0 (rear)

One of Xiaomi's most awaited smartphones in 2022 is Mi 10 Pro 5G. The smartphone will compete in the high castes of the best phones such as Samsung's flagship, Oppo, Vivo, Realme, and many other famous brands. Xiaomi Mi 10 Pro relies on the Snapdragon 865-powered CPU.

This Smartphone not only relies on high-end hardware specifications only, it is also supported by the best cameras that are ready to be ranked on DxOmark. Its camera capability on top of Xiaomi Mi Note 10 Pro is that it remains one of the best smartphones in the world.

Become the main attraction of Xiaomi Mi 10 Pro 5G. The phone has four rear cameras with a 108MP main camera with support for Phas Detection Autofocus, Laser Autofocus, and OIS. A 12 MP telephoto lens with a 2x Optical Zoom feature and a 16 MP Ultrawide lens, the last lens is a 5 MP Depth Sensor. The four cameras come together to produce high quality photos and videos.

The Kirin 990 5G Chipset with Mali G76 makes the Huawei phone P40 worth it in the list of the best Android phones of 2022. For the software, the three have been pinned EMUI 10.1 and the Huawei Mobile System where users can obtain applications through the Huawei App Gallery.

The Huawei P40 Pro Plus camera features a 50MP SuperSensing lens, an ultra-wide 40MP lens, 8 MP telephoto cameras. And a time-of-light sensor that will give you 5x optical zoom, 10x hybrid zoom and 100x max Zoom. There are also two selfie cameras, consisting of a 32 MP camera and a 3D Time of Flight (ToF) camera, complete with ambient and proximity sensors.


Although the Huawei Mate 30 Pro mobile phone does not come with the Google Play Store service due to blocking by the U.S. government.

Best phone Recommendation This latest 2022 can be a reference if you want to replace your old phone with the best camera. Of these 5 phones, what phones would you like to have? Please leave a message in the comments.
Read Also : The Best Camera Cellphones Today (2021 - 2022) 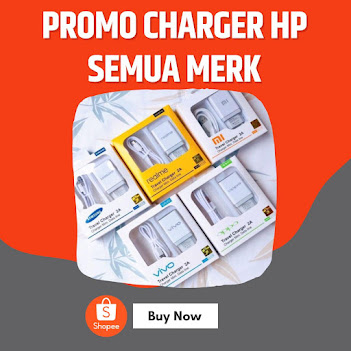